2020 was a year like no other, producing some of the most unexpected technology stories IT Pro has ever covered. In the past 12 months we’ve seen it all, from contact-tracing controversy and stock market records to unprecedented redundancies and major changes in the way that tech companies work.

Although we already rounded up the most important stories which defined 2020, here we chose five different highlights of the passing year and analyse how they played out over the course of the past 12 months.

UK gov faces off with Huawei 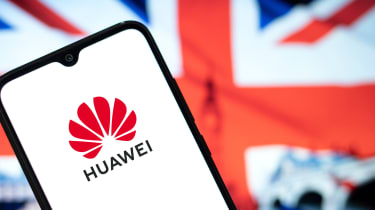 The year started off with the UK government announcing plans to exclude Huawei from all safety-related and critical networks and imposing a 35% cap on its hardware, following heavy scrutiny from the US government.

Less than six months later, the UK government made a major U-turn with its revised decision to remove Huawei equipment from the country’s 5G network by 2027 on the grounds of national security.

It toughened up its stance even further last month, introducing a new bill in November that threatens telecommunications companies with daily fines of up to £100,000, or 10% of their annual revenues, if they violate the ban on Huawei equipment. Days later, the ban was brought forward to September 2021, despite being expected to delay the UK’s 5G rollout by up to two years at a cost of up to £2 billion. 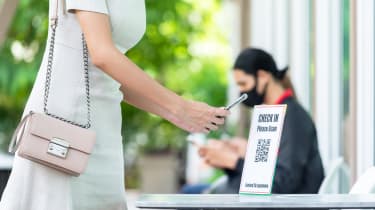 Speaking of shocking U-turns, the UK government announced in June that it would be abandoning its plans to release a centralised coronavirus contact-tracing app, returning instead to the option of using a decentralised API model developed by Apple and Google.

Months earlier, it was reported that the NHS was working with Apple and Google to build a contact-tracing app designed to track the movements of the population while also preserving their privacy. However, by the end of April, the UK government snubbed the tech giants’ jointly-developed API due to its insistence on collecting data in a decentralised way.

The government’s decision to return to square one after three months was especially questionable given that, in the same timeframe, close to 50,000 UK residents had died from coronavirus. 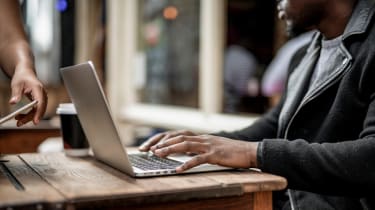 Not many would have predicted that they would get to live in times when working from home, even in a corporate position, will become the default. Businesses had had a turbulent relationship with remote working, with questions regarding employee productivity levels and the quality of communication. However, due the coronavirus pandemic forcing various governments around the world to implement social distancing restrictions, companies were forced to adapt – fast.

The following week, Facebook CEO Mark Zuckerberg announced that, within the next ten years, around half of the social networking giant’s workforce will perform their roles remotely. Only days later, Google announced that it would cover working from home costs for 114,000 employees and, in July, CEO Sundar Pichai decided to extend Google’s remote working plans to the middle of 2021.

In October, Microsoft followed in the footsteps of Twitter, confirming that its employees were being given the option to work from home indefinitely as long as they obtain managerial approval. That is how, within a matter of months, tech giants shifted to a completely new working model which cuts down on carbon emissions, and time wasted commuting, while also increasing productivity.

Nvidia buys Arm, overtakes Intel as most valuable US chipmaker 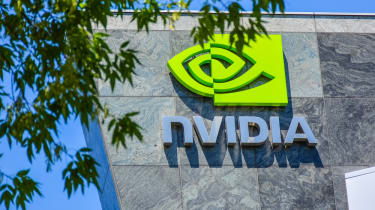 The news that Nvidia dethroned Intel from its title of the world’s most valuable US chipmaker was IT Pro’s most-read news story of 2020.

Over the afternoon of 8 July, Nvidia’s shares rose 2.3%, achieving a record $404 and placing the semiconductor developer’s market capitalisation at $248 billion – a new industry milestone that left Intel’s market cap trailing at just over $246 billion.

The achievement also earned Nvidia the title of the third-largest chip manufacturer in the world by market cap, behind Taiwan’s TSMC and South Korea’s Samsung.

Despite being a difficult year for most, 2020 saw Nvidia thrive like no other. In September, the chip manufacturer signed a $40 billion (£30 billion) deal to buy the UK’s ‘crown jewel of tech’  – Arm.

The acquisition has been met with some backlash within the industry, and also within the UK’s government, over fears Nvidia will move Arm’s operations out of Cambridge. However, Nvidia CEO Jensen Huang said that the company “intends to retain the name and strong brand identity” of Arm within the UK as well as expand its base in Cambridge. 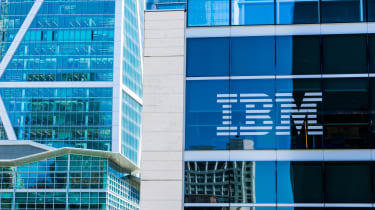 In what is arguably the most unexpected news story of the year, IBM announced plans to split its business in half, bringing to an end a strategy that saw it attempt to shift towards cloud growth while maintaining a foothold in its legacy business.

IBM executive chairman Ginni Rometty said at the time that “as two independent companies, IBM and NewCo will capitalize on their respective strengths,” she said, adding that the NewCo “will accelerate clients’ infrastructure modernization efforts”.

Meanwhile, IBM is to focus entirely on its AI capabilities and the hybrid cloud, which CEO Arvind Krishna described as a $1 trillion opportunity.

Although the separation is expected to be completed by the end of 2021, IBM has already taken steps to begin the transformation. Late last month, Bloomberg reported that Big Blue was planning to cut around 10,000 jobs in the UK and Germany, as well as Poland, Slovakia, Italy and Belgium.