Raising children in the digital age can be a challenge, especially for parents and carers who themselves grew up without iPads, smartphones or laptops. After all, these adults are dealing with a relatively new phenomenon and cannot easily rely on the experience or advice of older generations.

The availability and use of internet-connected devices among children is continuously increasing, given that many are relying on online school resources during the nationwide lockdown. Although regulators, lawmakers, and parents may assume that they have finally understood what children are doing online, the ever-changing technology means that the youth is exposed to new internet dangers every day.

That’s where e-safety comes in. This term refers to staying safe online and ensuring that children protected from harmful content and services, such as cyber bullying, exploitation and pornography. While it can be overwhelming to find the right balance between taking precautions and constantly surveilling what a child is doing online, parents should be able to monitor their child’s actions without breaching a reasonable expectation of privacy.

After all, you would want to know if your child happened to fall off a swing or trip while playing catch – that’s why you check up on them. In the same way, it is important to ensure that your child’s experience with the digital playground of the internet is as positive as possible.

The first one, content, is about illegal, inappropriate, and harmful content, such as images, text, video or sound.

A lot of a child’s internet time will be conducted within a school environment and it’s a key place where e-safety will be implemented. The NSPCC has a number of guidelines for schools and educators to follow when protecting pupils online.

“A whole school approach to e-safety can help involve staff, governors, parents and pupils themselves in keeping children and young people safe online,” it says.

Its resources help educational establishments implement the e-safety policies and procedures, IT infrastructure and support schools need, as well as helping schools and colleges develop “a trained workforce who are confident in online safety, identifying and responding to concerns”.

How widespread is the issue?

It discovered that increasingly, children are using the internet away from desktops at home or school, whether on a smartphone or a tablet. This means it’s harder for adults to monitor usage and therefore, it’s become more likely that children will be subjected to online bullying or inappropriate content, and more likely that they will come into contact with people who may have malicious intent.

Parents are concerned about the amount of time their children are spending online, particularly when they are out of sight, such as in their bedrooms, the report revealed. However, parents are becoming more knowledgeable about what they can do to protect their children, including implementing antivirus software and parental controls to prevent children from accessing some content that is deemed unsuitable for their age groups.

Despite parents doing all they can to prevent their children accessing potentially dangerous content, a report by the UK Safer Internet Centre revealed that 70% of young people aged between 8 and 17 had seen images and videos not suitable for their age group online, while a fifth of the 1,500 young people questioned said they had received an image or video that aimed to bully them.

In 2017, in an effort to quell the spread of indecent content reaching those it shouldn’t, the government proposed a mandatory age verification system in order to view explicit materials. Plans set out under Part 3 of the Digital Economy Act 2017 involved users having to register with an age-restricted website using a traditional form of ID, such as a driver’s licence, in order to proceed.

However, the plans were delayed in 2018 and ultimately scrapped a year later, putting the responsibilities back in the hands of regulators and away from lawmakers. Critics claimed the divisive proposals would be easily bypassable and there were difficulties when it came to social media sites. However, the NSPCC still described the scrapping as “disappointing”. 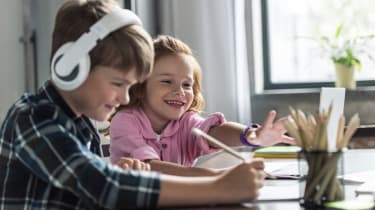 Online safety was introduced into all key stages of the curriculum in 2012, with schools required to teach children about how to stay safe online from the age of 5. The various levels of guidance are aimed at different age groups, ensuring all ages understand the risks and are able to alert an adult should they be concerned about someone’s behaviour online or feel they are being targeted by cyber bullies.

According to Ofsted, schools are obliged to demonstrate that they are protecting both students and staff from harmful or illegal content as well as educating them on how technology should be used. Schools should also have the means to act in an appropriate manner when an issue is flagged to them, which includes reporting the incident to the governing body, parents and, if necessary, the authorities.

Whose responsibility is e-safety?

Although Ofsted lists e-safety as a responsibility of schools, parents and carers have just as significant of a role to play in educating the youth on the dangers of the web. Family members and other adults should pay attention to what children are up to online and they can do so by implementing processes to check whether the internet and connected devices are being used in a safe and secure manner. Just like their children’s’ teachers, parents and carers should also dedicate the time to educate themselves about e-safety and how to deal with issues when they arise.

Businesses should also take responsibility – and action – to protect their younger users against dangerous online activity. They can do that by making it easier for users to alert the authorities of any illegal or harmful content, as well as monitoring their services to minimise the risk to children and young people when online. This could include enforcing age restrictions for certain services, ensuring services have the tools in place to report inappropriate content and having clear communication channels with authorities in case it is necessary to file a report. 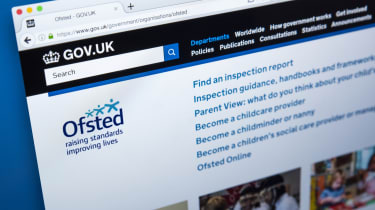 The coronavirus lockdown has seen a significant rise in online sexual abuse against children, who are now required to stay at home and therefore beyond the safety of security filters used by schools.

In fact, the spike in cases had been so significant that, in April, the National Crime Agency (NCA) issued a statement advising parents to carefully monitor what their children are doing online when they use the internet to access school resources.

Although Ofsted places the responsibility of e-safety on school, remote learning means that parents and carers have a greater role to play in the online safety of their children. A spokesperson for the department told IT Pro that “how Ofsted is overseeing remote learning, including matters of e-safety, is currently under review”.

In order to raise awareness of the threat, the NCA has launched 15-minute activities to parents and carers to do with their children which provide e-safety resources and exercises for families of children across all age groups.